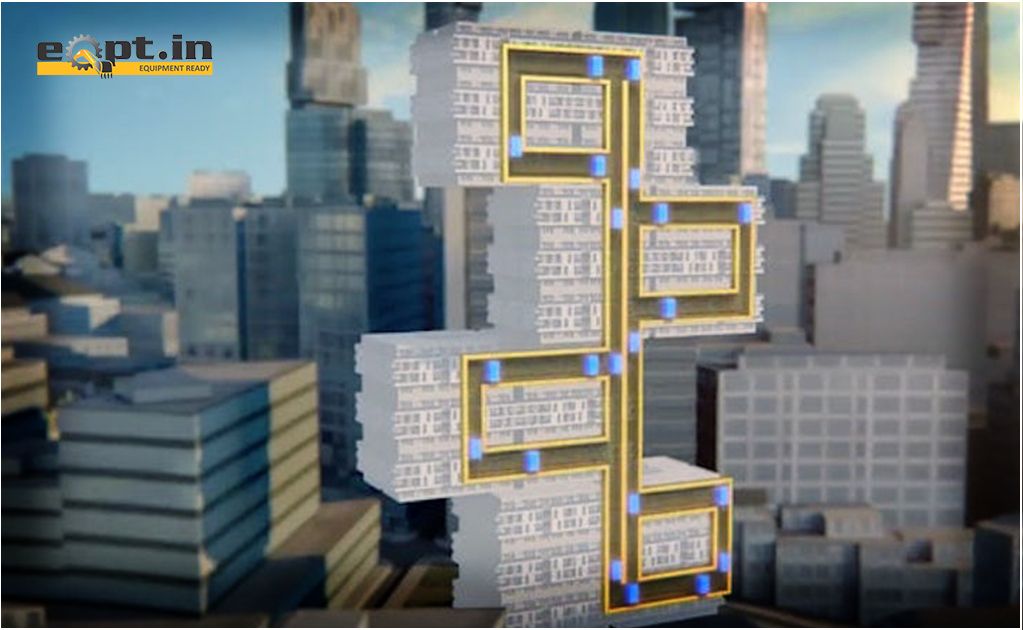 The term lift and elevator were perhaps coined to describe a vehicle that moves straight up inside a building but what can an elevator that moves sideways be called? Thankfully, it’s not named ‘leveller’ and it’s still termed as an elevator. German engineering major, Thyssenkrupp, has developed an innovative new elevator that not just moves upwards but can also move sideways. The new elevator is driven by Thyssenkrupp’s MULTI vertical-horizontal system which uses a cable-less system that offers 50% more carrying capacity and is able to reduce peak power demand. It is used by the automotive industry to help make their cars turn 90°.

The most remarkable aspect of the MULTI vertical-horizontal system operating Thyssenkrupp’s cable-free elevator is that it has multiple cabins moving in loops just like the trains in a metro system. Rather than one cabin moving up and down on a single shaft, these cabins make 90° turns with the help of the linear motor technology that was originally created for the magnetic levitation Transrapid train. Thyssenkrupp’s MULTI vertical-horizontal system is equipped with a multi-level braking system, redundant wireless data and energy management system on the cabins. It has an exchange system that manages the linear motion as well as the guiding the transportation equipment i.e. elevator.

Thyssenkrupp’s demonstration of its cable-free elevator driven by its MULTI vertical-horizontal system was witnessed by around 200 building industry representatives including Antony Wood, Executive director of the Council on Tall Buildings and Urban Habitat. Wood said that MULTI vertical-horizontal system is “perhaps the biggest development in the elevator industry since the invention of the safety elevator some 165 years ago.”