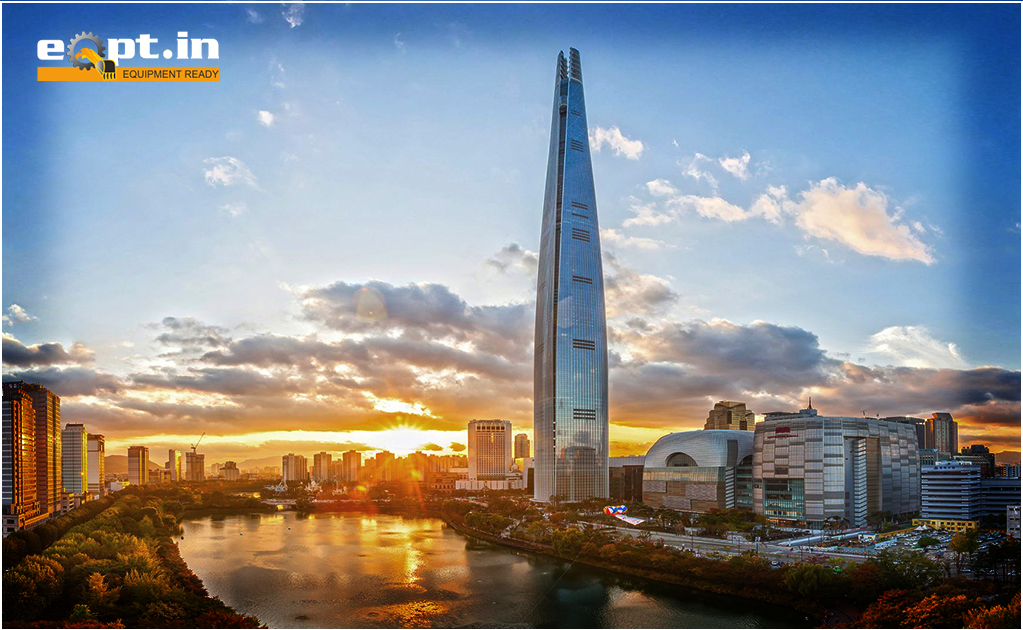 How about standing 1,640 feet above ground level on the world’s highest glass-bottomed observation deck and looking straight down on a busy traffic intersection? Needless to say that whatever will be visible, will not look any larger than what the ground below looks like from an airplane as it nears land. That’s what you can experience at the KPF Lotte World Tower in Seoul, South Korea which has been officially declared complete, as per criteria established by CTBUH (Council on Tall Buildings and Urban Habitat). This building is now the tallest in Korea standing 1,819 feet above ground level, which is around 800 feet higher than Northeast Asia Trade Tower, the previous tallest building in Korea.

The KPF Lotte World Tower has 123 storeys and draws inspiration from the traditional Korean ceramics and calligraphy forms that rise in a sleek, tapered profile contrasting with the mountainous horizons of the South Korean capital. The spectacular tower contains a large variety of commercial spaces that includes retail stores, office floors, a seven-star luxury hotel, and an “officetel.” These officetels are found all across South Korea and they are essentially studio-style apartments for professionals who work in the building; they offer amenities and services that are usually found in hotels such as, standard furnishings, front desk services and gym access among others.

In addition to the world’s highest glass-bottomed observation deck, KPF Lotte World Tower has other world-beating amenities - the highest swimming pool in the world, located on the 85th floor and the fastest elevator in the world, which can transport visitors from bottom to top in just one minute. The 10-storey Lotte World Mall at the base of this spectacular complex is a separate structure, which has been operational since 2014. It has a total footfall of over 28 million people every year accounting for one out of every two South Koreans amongst its visitors. This mall has as much area as the KPF Lotte World Tower itself and the two buildings are connected by interior and exterior pathways and public spaces.