The First Ever Modular Plastic Bridge Installed in Oxford, UK 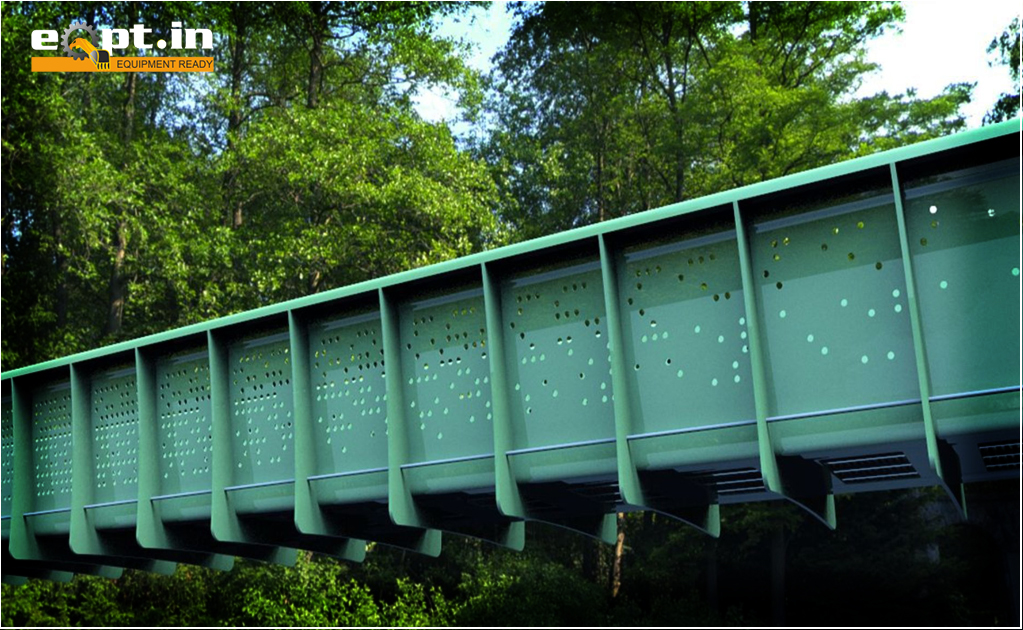 A design, engineering and consulting firm in the UK, Arup, has developed and successfully installed a modular glass-fiber reinforced polymer bridge in Oxford, which according to them is the first such structure to be installed anywhere in the world. This is a pedestrian bridge at SSI (Site of Special Interest) in the Oxford area, of the UK which is “protected by law because they contain the core of Britain’s natural heritage,” as per Network Rail, which ordered the bridge. This SSI area did not offer the right conditions to bring in large cranes and other heavy machinery that would have been required to build it conventionally. Therefore, Network Rail chose Arup for a viable alternative which turned out to be the modular glass-fiber reinforced polymer bridge which has been branded as Pedesta.

Pedesta is an advanced and innovative lightweight GFRP (Glass Fibre Reinforced Plastic) post-tensioned, modular footbridge system, perfect for rail, road and river crossings. The plastic components can be easily moved by pallet trucks or forklifts as they are 70% lighter than steel. The Arup team was able to transport the components by an articulated tractor-trailer because of the relatively low weight of the bridge sections. The Pedesta components are especially suitable for sites that are difficult to access or for projects in harsh environmental conditions as it is effective in providing safe transit to people who have to pass by these locations.

Pedesta has the ability to transform footbridge manufacture, installation and maintenance in today’s fast-paced world. Experts at Arup designed the components as pre-engineered, modular and fully customizable in form, material, colour and finish, thereby making it a highly effective innovation. The Arup engineers assembled the sections on site with bolted shear connectors and got them post-tensioned. The system has a maximum span of almost 100 feet and each of the sections is over 3 feet long. Pedesta can be configured for easy integration of services, with options for lighting and advertising. It is marketed by a company named Mabey.